Home • About Us • Region 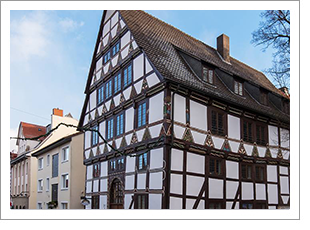 Warburg is a picturesque town in eastern North Rhine-Westphalia, the region of central-west Germany.

In the valley of this 1000 years old city, two major trade routes of the Middle Ages used to cross. Firstly, build as two separate cities and struggled by internal conflict for almost 200 years, Warburg finally merged in 1436. In the same year the city council fixes in its Bill of Rights a quality standard for Warburger beer. Craft brewing developed fast and was sustained by a system of quality control. Nominated and empowered by the town council, official “tasters” had been checking each barrel and only if the beer met highest quality requirements, it could be issue by official seals of quality.

Hence, praised already in 1327 in the chronicle of Westphalia: "In this city of Warburg one brews a wonderfully good beer."

We use cookies on our website. Some of them are essential for the operation of the site, while others help us to improve this site and the user experience (tracking cookies). You can decide for yourself whether you want to allow cookies or not. Please note that if you reject them, you may not be able to use all the functionalities of the site.